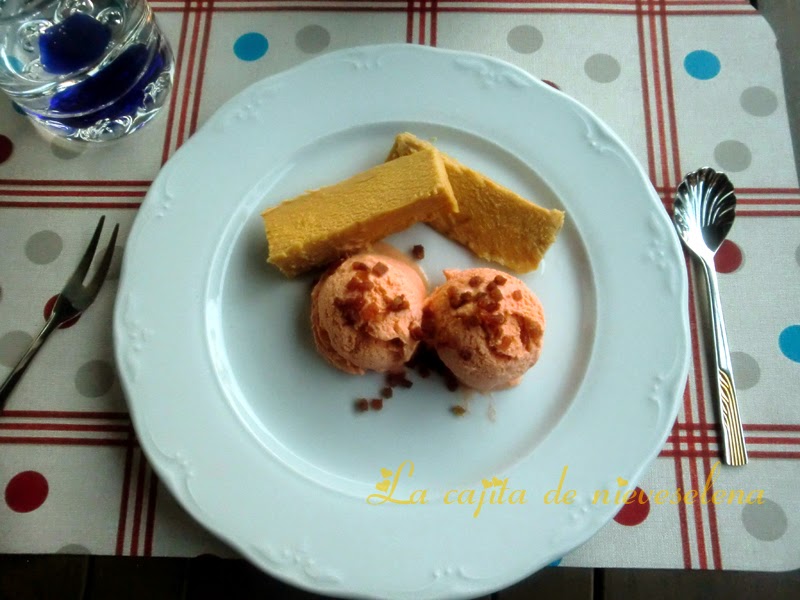 Who said that in a meal ice cream is served for dessert? Today we’re swapping the wafer for yellowfin tuna and want to propose a surprising starter that you’re bound to enjoy: Salmorejo ice cream with yellowfin tuna and crispy Iberian ham. A recipe by Elena, her debut in our recipe competition, though she is quite experienced when it comes to cooking.

*If you don’t have an ice cream maker, instead of putting the mixture in the fridge, just put it in the freezer. Remove it 2 hours later and knead it with a kitchen machine to prevent crystallisation. Freeze it again and repeat the same operation 2 hours later.

Original and delicious, thanks Elena!