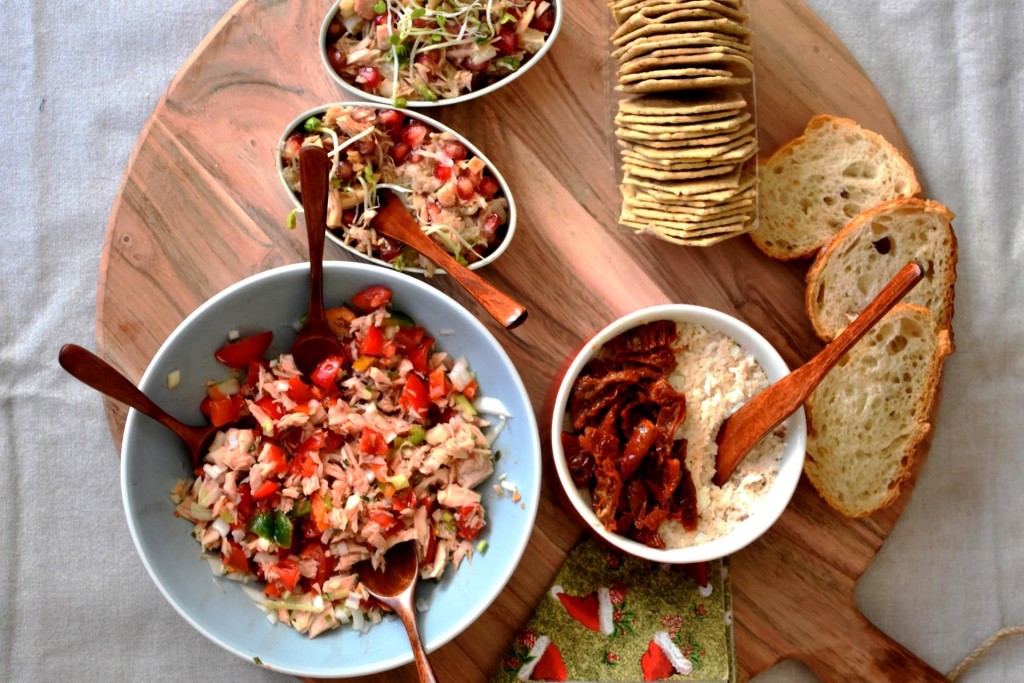 We’re in the middle of winter and when it’s cold outside (cool, for those of us from the North) we might not feel like going out… So, how about inviting our friends round for a bite to eat at our place? Thanks to Silvia, we have the perfect recipe for this fantastic plan. Some white tuna three-in-one canapés that you’re going to love.

Accompany the three snacks with crackers, bread sticks and slices of toast.

Tuna salad with pomegranate and spouts

A very attractive snack, thanks, Silvia!